Endeavor Energy is the primary developer and majority owner of the Tè Power Project, a reciprocating engine power plant under construction in Conakry, Guinea. In addition to its role as owner of the project, Endeavor is responsible for commercial management of Tè as well as providing construction management and oversight of the EPC contractor.

The Tè Power Project will be the first internationally DFI project-financed IPP in Guinea and meets the most stringent local and international (World Bank/IFC) environmental requirements. Tè is designed to be complimentary to Guinea’s hydroelectric power generation and other renewable power resources.

The Tè Project will provide reliable, low-cost baseload power for Guinea, in an environment with a relatively low rate of access to electricity. This project is expected to have a high development impact; it will lead to the creation of the local jobs and provide other indirect economic and social benefits. In addition, the Té Project construction has created approximately 150 jobs (a majority of which have been filled by Guineans); furthermore, up to 40 people will be employed during operations.

Tè Power is located in the large urban center of Conakry and will be an important infrastructure asset if Guinea is to address its current demand-supply gap for electricity availability. In particular, the plant is expected to improve electricity provision for up to one million Guineans.

Furthermore, the dispatchable nature of the power plant allows for the increased penetration of additional renewable energy generation on the Guinean national power grid. Tè will sell its electricity to the Electricité de Guinée (EDG) under a 5-year Power Purchase Agreement.

Endeavor has worked alongside MAN, a German company and worldwide leader in reciprocating engine technology, for the equipment supply and construction phase of this project. MAN will also play a key role during operations by providing O&M services during the term of the PPA.

Tè Power Company is an active and engaged corporate citizen in Guinea. Among a number of corporate initiatives undertaken, the most prominent have been the upgradation and rehabilitation of the main school in the community, the organization of youth oriented activities including a soccer tournament and the interconnection of a hospital to the grid in order to enable stable power to the hospital from the grid, including from the project once it comes fully online. 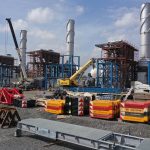