Endeavor Energy is the majority owner of Twin City Energy. Endeavor played a significant role in achieving financial close for the project and is also a majority owner of two companies that will provide construction management and oversight of the EPC contractor, operations and maintenance services, and commercial management services to the project.

Twin City Energy is a 200 MW combined cycle, dual-fuel power plant in Aboadze, Ghana, which can operate using both crude oil and natural gas as its primary fuel. It is the only large-scale base-load independent power generation project in Sub-Saharan Africa that achieved financial close in 2016. The plant’s construction period was approximately three years. The construction of Twin City Energy created 400 jobs, most of which were filled by Ghanaians, and the plant’s operations employ approximately 40 people full time.

Twin City Energy will be crucial in helping to meet Ghana’s growing power needs in the years to come and help the country use its locally-sourced domestic natural gas. The plant is one of the most efficient power plants in the country and produces over 1,600 gigawatt hours per year, energizing up to one million Ghanaian households. Power is sold to the Electricity Company of Ghana (ECG) under a 25-year Power Purchase Agreement.

Twin City Energy represents a significant achievement for the U.S. Power Africa initiative, and is designed to support Ghana’s growing natural gas industry. As Power Africa partners, OPIC, Denham Capital, Endeavor, and Aldwych seek to make a difference with their projects throughout the continent by working with national governments and local stakeholders to build the capacity necessary to help meet demands for new electricity supplies.

TCE has worked to follow all Ghanaian local content policies; a significant number of local jobs have been created during the construction period and additional jobs will be created during the operation period. Over the course of the global COVID-19 Global Pandemic, Endeavor Energy’s Ghana program made a donation of 500,000 GHS to local community organizations. Twin City Energy (formerly known as Amandi) was named 2016 African Power Deal of the Year by both Project Finance International and IJ Global. 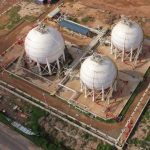